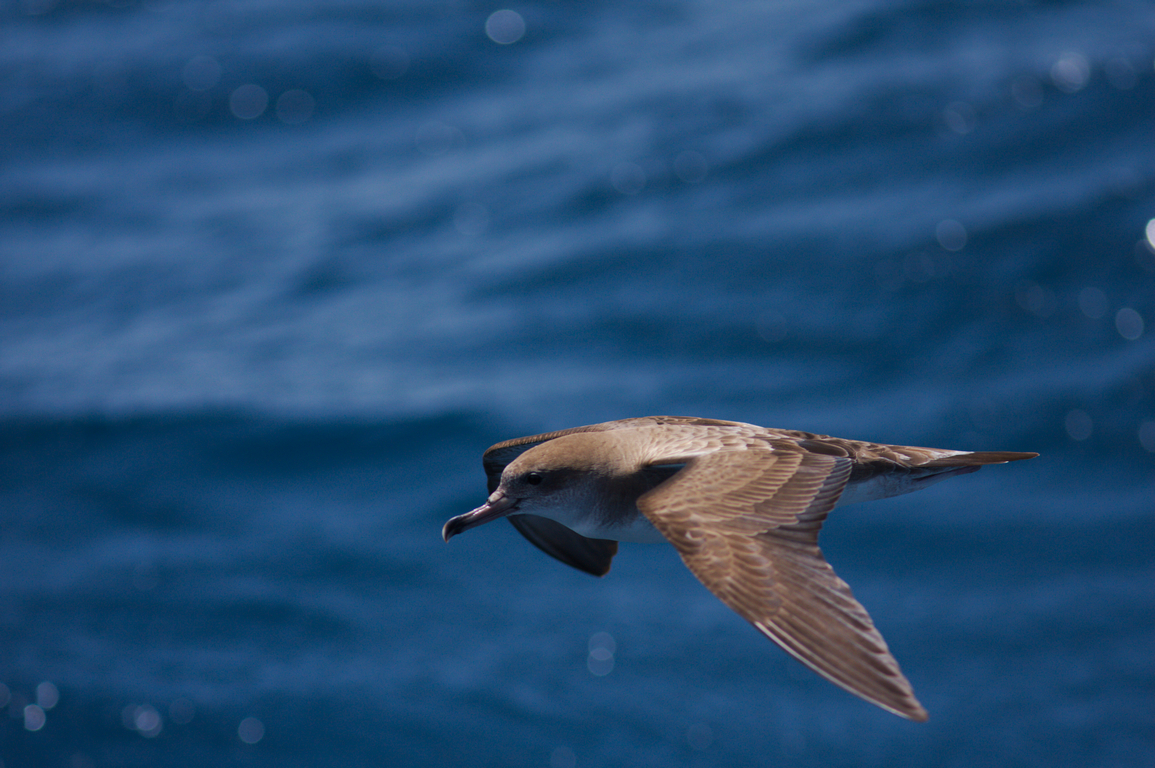 I’d been to Cape Verde before but never to do field work, so when another trip was cancelled and there was an opening for me to go to this amazing archipelago, I greeted it with much anticipation. I was going there to assist the dynamic and pretty amazing NGO Biosfera with its efforts to conserve the Cape Verde Shearwater. I had already helped to hatch a plan to discover some of the species’ breeding locations, suspected to be on Santo Antão Island. This involves attaching GPS satellite transmitters to birds captured offshore of the island and waiting for them to tell us where they are breeding. Pretty simple!

On this trip, Tommy Melo, the director of Biosfera, advised that the weather looked good and the boat was available to leave from Mindelo, on the island of São Vicente, and to make the passage to the far side of neighbouring Santo Antão. However, the weather proved fickle and conspired against us. When we eventually made it out to where the shearwaters gather, the wind was really cranking, making our efforts to capture the birds at sea completely ineffective. But we learned a bit from the exercise and my colleague in Dakar, Miguel Lecoq, who is Portuguese and knows Cape Verde and Biosfera very well, will probably go out to try again. So all is not lost (and we have a few months still to find a window of good weather). As a consolation, I picked up a few Cape Verde Little (or Boyd’s) Shearwaters while doing seabird atlasing, which is a lifer for me. I was also able to take a few half-decent images, despite the trying conditions.

Advocating for our birds and their habitats
December 12, 2016
Categories
Search
Recent Blog Posts
Go to Top
Protect yourself and others by staying at home. For more information and support on COVID-19 please visit www.sacoronavirus.co.za
Jackpot Birding Raffle
Support BirdLife South Africa