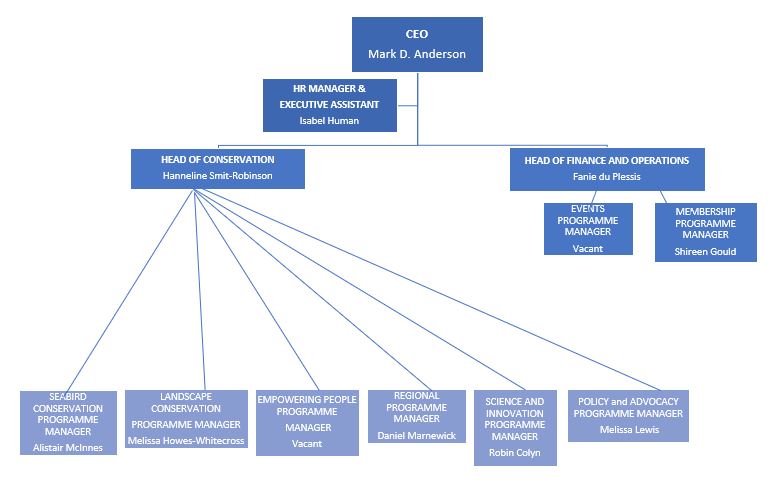 BirdLife South Africa’s Board of Directors 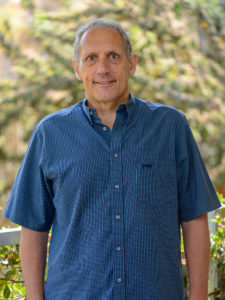 Philip Calinikos
Appointed May 2019
Chairperson, BirdLife South Africa
Philip is a Chartered Accountant by profession and advises on accounting and financial matters. He has previously served as Treasurer and Chairman of the Audit Committee of BirdLife South Africa. He is a passionate birder and citizen scientist. He served as Chairman and Treasurer of his local bird club BirdLife Northern Gauteng for many years. He has also served as Treasurer on the Council of the Hellenic Community of Pretoria for a number of years. 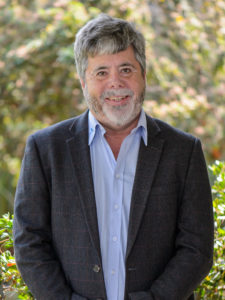 Manuela Krog
Appointed May 2019
BirdLife South Africa Honorary Treasurer
Manuela is a Chartered Accountant, was a partner at Deloitte & Touche and the Chief Financial Officer at Reunert. At present she acts as a consultant and is a proud mother to two teenage boys. She is a keen nature photographer, and loves spending time in the bush with her family.

Ismail Bhorat
Appointed August 2015
Ismail is the Executive Director of Melomed Hospital Holdings. After completing his schooling at Diocesan College (Bishops) in 2001, Ismail pursued a Business Science degree at the University of Cape Town, majoring in Finance and Accounting. Ismail then joined the Melomed Group where he has been instrumental in growing the group over the past 12 years. Ismail also serves as a Director and Vice-Chairman of the National Hospital Network, which represents a group of 214 independent healthcare facilities in South Africa and he is on the FNB Islamic Banking advisory board. Ismail is an avid birder and conservationist.

David Chamberlain
Appointed April 2015 David is a born and bred Pretorianer. After five years at Hilton College, a year in the Air Force Gymnasium and four years at UCT (B. Comm., BA (Hons.) Econ.), he moved back to Pretoria and has worked in the family hardware business ever since. He has served on the boards of the St Mary’s Diocesan School for Girls and the Waterkloof House Preparatory School. David has published several bird books. He has undertaken many forays to the wild parts of Africa and other continents, to follow his birding passion. He has seen more than 2000 bird species in Africa. He is also a road runner, fly fisherman and opera singer.

Peter Divall
Appointed March 2017
Peter is the retired Deputy-Director Medical Technology, Universitas Hospital, Bloemfontein. Peter is an avid birdwatcher, and was Chairman of BirdLife Free State from 2007-2009. He currently resides in Howick and from 2010 onwards has been part of the BirdLife KZN Midlands committee, and was elected Chairman of Club in 2016. 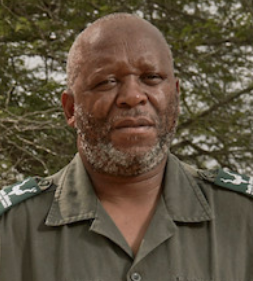 Xolani Nicholus Funda
Appointed September 2018
Nicholus or Nic (as he is commonly known in conservation circles) was born in the Eastern Cape. His
home language is IsiXhosa. He grew-up as a herd-boy in the rural areas of Transkei, where he trapped mice and birds and hunted small game. During this time he became aware of the natural environment and developed an interest in nature conservation. He has Diploma (Fort Cox College) and B. Tech. (Port Elizabeth Technikon) in Nature Conservation and a Masters in Environmental Management (University of Free State). Nic has worked for various organisations including Transkei Nature Conservation, Eastern Cape Nature Conservation, Department of Forestry, Tshwane University of Technology and South African National Parks at different levels. He is presently a Chief Ranger based in Kruger National Park working for South African National Park.

Linda Hart
Appointed June 2015
Linda holds an MBA in Business Administration and is currently exploring development opportunities within the leadership and behavioural economics fields. Aside from being a skilled developmental facilitator for entrepreneurs and a SETA accredited assessor, Linda is also an inspirational speaker, a personal development facilitator, business mentor, world traveller, nature lover and avid wild- and birdlife photographer. She is an insightful linguist and provocateur. Linda ran her first marathon on the Great Wall of China in 2012 and used this platform to draw attention to the plight of rhinos.

Vernon Head
Appointed April 2016
Vernon is an architect, and a recipient of various prestigious awards such as the N.I.A.E. Merit Award in New York in 1991. He is also an acclaimed author. The Search for the Rarest Bird in the World achieved ‘best seller” status and was translated into several other languages. His novel A Tree for the Birds was nominated for three different prizes, amongst which the Dayton International Prize for Literature in the USA. Aside from his many achievements, Vernon also serves on the Advisory Board of the FitzPatrick Institute of African Ornithology and is an International Fellow of the Explorers Club, New York. He remains an inquiring birdwatcher!

Galeboe Modisapodi
Appointed November 2017
Galeboe was born in Parys. He is a law graduate from the then University of Natal, Durban, having obtained B. Proc. LLB. He also obtained a Management Development Programme and Strategic HR Certificate from the Gordon Institute of Business Science. He has been employed as an HR professional for the past 20 years. He is a keen conservationist with a love for birding, and wildlife and nature photography. He is passionate about building a sustainable future his children and the other people of South Africa.

Yvonne Pennington
Appointed July 2015
Yvonne is an independent consultant in the field of corporate social investment, with specialist expertise in community development strategy and implementation. Yvonne is a citizen scientist and contributes information to the University of Cape Town’s biodiversity database. She has been cooking for Meals on Wheels for the past 30 years. Yvonne has travelled extensively to wild and remote places and has been birding in Africa, south, central and north America, Europe, Australia and Malaysia.

*With effect from 27 April 2017, the BirdLife South Africa governance structure consists of a Board of Directors which meets on a regular basis. The composition is as follows:

Conservation is the primary reason for BirdLife South Africa’s existence. While we engage in, promote and support other activities, such as birding and tourism, community-based conservation, and our education work, everything is geared towards achieving bird conservation goals.

Go to Top
Protect yourself and others by staying at home. For more information and support on COVID-19 please visit www.sacoronavirus.co.za