The unsung heroes of seabird conservation 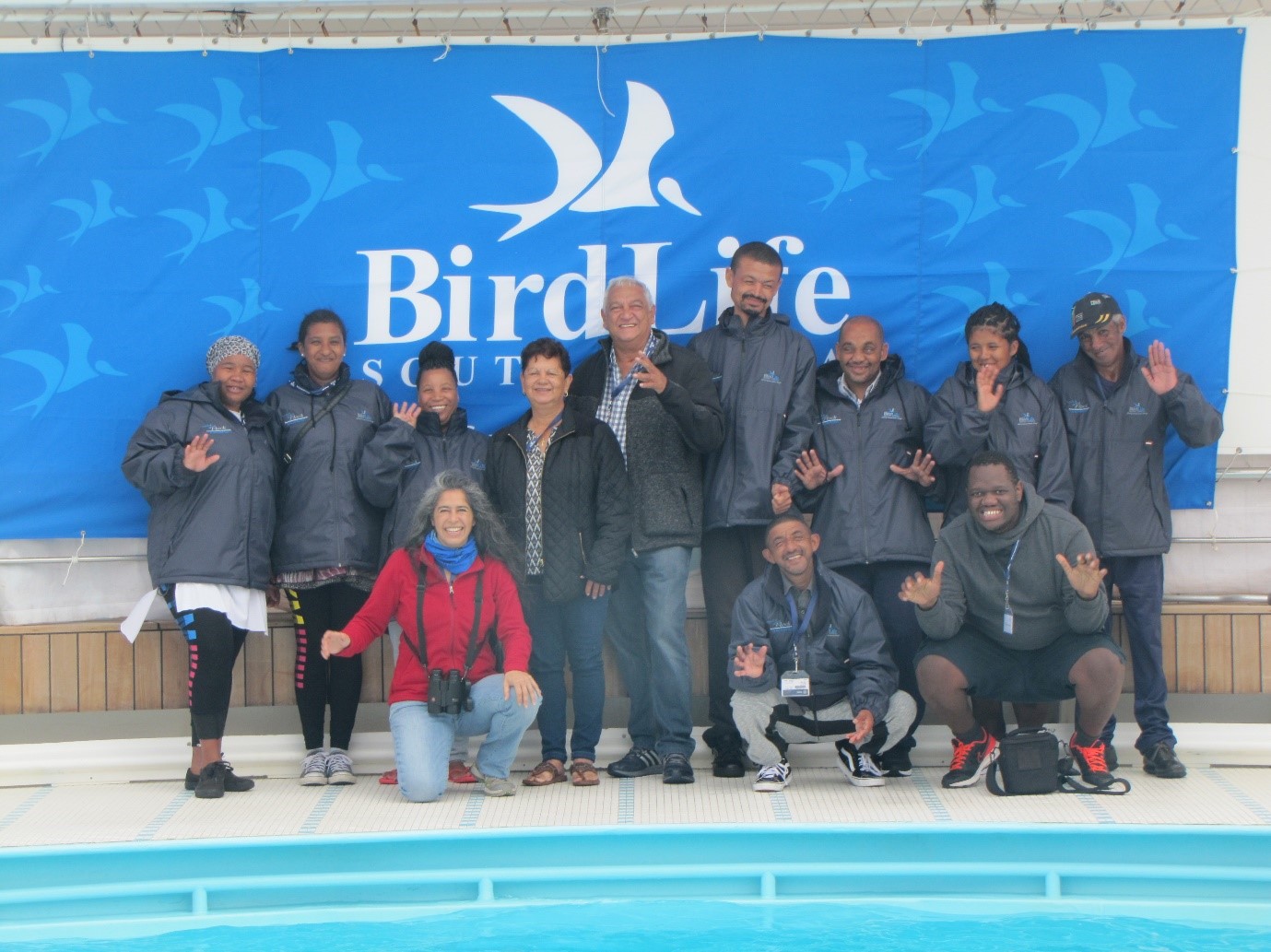 When the members of the Ocean View Association for Persons with Disabilities (OVAPD) boarded the MSC Sinfonia, the joy and excitement on their faces was heart-warming. Until now the closest they had got to an albatross was the stuffed Wandering Albatross that the Albatross Task Force keeps for educational purposes. Not only was this the first time that many of them would be going out into the open ocean, but it was their first opportunity to see the birds that their bird-scaring lines are instrumental in protecting.

‘A Sooty Albatross to the right!’ the seabird guide shouted. There it was, the first albatross sighting for the team. Describing the experience, Ronald Stevens said, ‘To see a live albatross is the most amazing thing, and for us to know that we help save them is wonderful.’ And it wasn’t just about the birds. They had heard about dolphins from the manager of the OVAPD, Johan Gonsalves, but when a pod swam alongside the vessel it was, as they said, ‘This time for real.’

The proudest moment for the OVAPD team came when they were invited onto the stage at the start of the Albatross Task Force lecture describing the success that bird-scaring lines have had in reducing seabird bycatch. This was the formal recognition of their important contribution to seabird conservation.

It was an honour to have the OVAPD team that makes the bird-scaring lines join BirdLife South Africa’s Flock at Sea cruise and to have them share an incredible birding experience with 2000 enthusiastic birders aboard the MSC Sinfonia. The trip was a once-in-a-lifetime opportunity and ‘an experience they will carry with them for life’, as Deborah Gonsalves, the founder of the OVAPD, said after seeing their faces and hearing their stories when they returned to harbour.

This wonderful opportunity would have not been possible without generous funding from Rand Merchant Bank, which also provides the funds that sustain the bird-scaring line project and gives the members of the centre an opportunity to make a small income. We thank Rand Merchant Bank for its financial support for this project and its valuable contribution to seabird conservation.

The AFT team would like to dedicate this opportunity and experience to the memory of Johan Gonsalves, who devoted his life to improving the lives of people with disabilities. He passed away days before sailing. ‘He was so happy that the team had been given this opportunity and would not have wanted them to miss it,’ said Ronald. Our thoughts go out to his widow Deborah and all the members at the OVAPD centre, who will miss him dearly.

What the Flock is all the fuss about AGAIN?
May 18, 2017
Monitoring penguin predators
March 14, 2017
Categories
Search
Recent Blog Posts
Go to Top
Protect yourself and others by staying at home. For more information and support on COVID-19 please visit www.sacoronavirus.co.za
Jackpot Birding Raffle
Support BirdLife South Africa