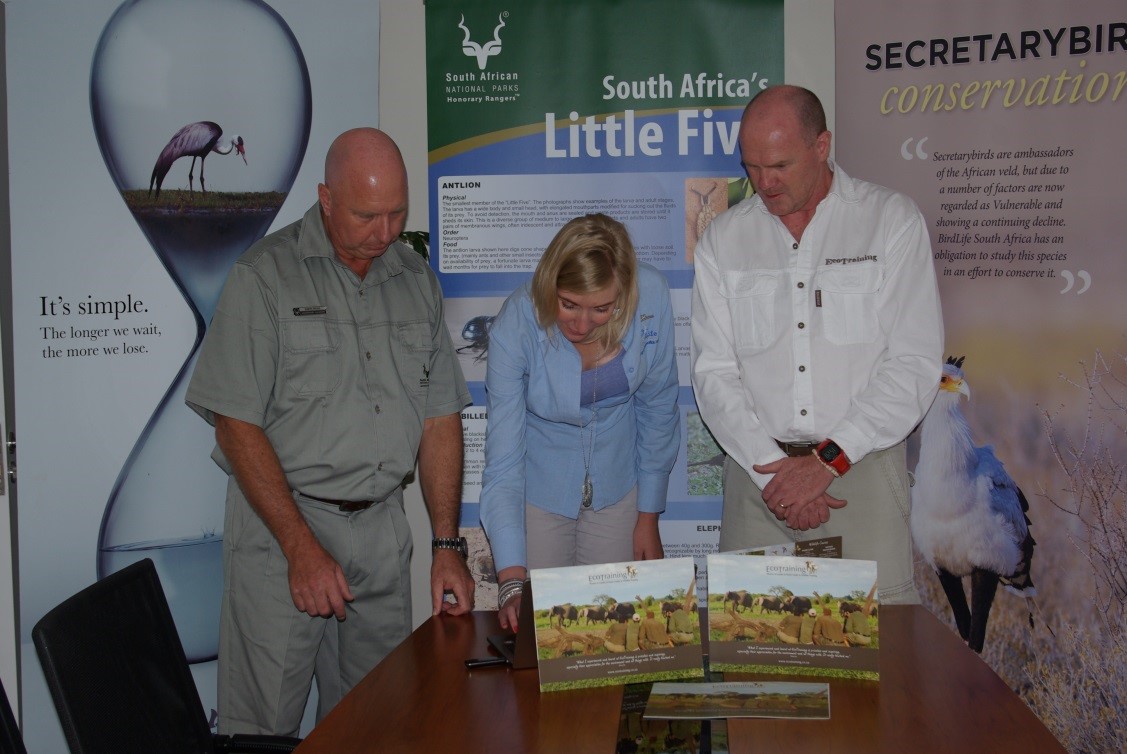 To provide much needed support to our National Parks, the SANParks Honorary Rangers of the West Rand Region have initiated various birding events in Kruger National Park. They have supported BirdLife South Africa through fundraisers linked to their popular annual summer birding weekends, which take place each year during the months of January and February. Significant funds have been raised over the various weekends for the conservation of our terrestrial birds, including, in 2014 and 2015, threatened vulture species. Five vulture species regularly found in South Africa were recently uplisted to the red-list categories of either Critically Endangered (White-headed, White-backed and Hooded Vultures) or Endangered (Cape and Lappet-faced Vultures).

The funds raised in 2016 will go to BirdLife South Africa’s Secretarybird project and will be used towards an ongoing conservation project which focuses on the understanding of the species’ foraging range, habitat preferences and post-natal dispersal of the species as well as BirdLife’s “Fence-Collision” project.

We remain grateful for the ongoing support of the guests participating in these weekends. A total of R18 450 was raised over the weekends in 2016.

A lucky draw for the three prize winners was held on Tuesday 5 April at Isdell House, BirdLife South Africa’s Head Office. Our congratulations to the winners.

Third prize: A weekend of grassland birding, for 2, at Wakkerstroom with a BirdLife South Africa accredited guide. Winner: GJ Swart.

Saving seabirds
December 12, 2016
Categories
Search
Recent Blog Posts
Go to Top
Protect yourself and others by staying at home. For more information and support on COVID-19 please visit www.sacoronavirus.co.za