BirdLife South Africa, Rand Water (Water Wise) and Eskom hosted the annual Flufftail Festival at Cresta Shopping Centre from 2-8 February 2016. The Flufftail Festival is linked to World Wetlands Day, a global event celebrating wetlands worldwide on 2 February. The aim of the Flufftail Festival was to raise awareness about a critical resource (water), threatened habitat (wetlands) and endangered birds (especially the White-winged Flufftail). With the drought gripping our country in 2016, there was no better time to be raising awareness about water.

The 2016 Flufftail Festival took the form of a giant maze. The entire family was encouraged to collect an entry form and wander through the maze, stopping at five different stations to answer questions. Each correctly completed entry stood a chance to win one of many incredible sponsored prizes. 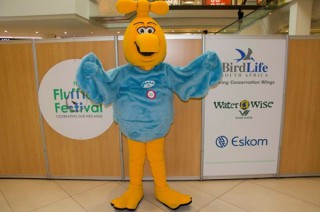 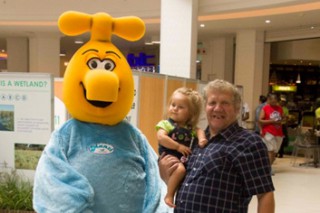 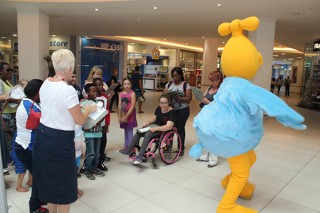 The Tapduck character, Manzi, was a great attraction and very popular amongst our youthful target audience. Nearly 1 000 completed entry forms were received and at least 1 300 visitors visited the 2016 Flufftail Festival.

Partners and donors were acknowledged at the exit of the maze, on the BirdLife South Africa website and the May/June 2016 African Birdlife magazine.

People (individuals, families or groups) who visited the Flufftail Festival during the weekend could also have their photograph taken “in a wetland” wearing various props (such as gumboots, butterfly nets and binoculars). They received these images, both hardcopies and electronic copies, for free.

Each participant also received a sticker (see below) and a fun and informative brochure. 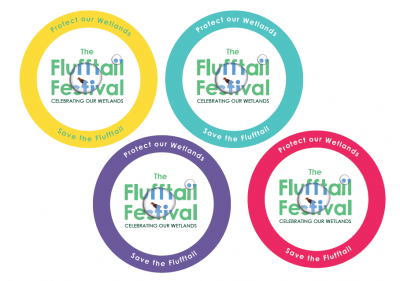 ​The objective of our media plan was to drive awareness and invite local residents / schools to the event. As such, an invite in the form of a letter to school principals and entry forms were delivered to all schools in the area surrounding Cresta Shopping Centre.Five thousand entry forms were delivered to schools during the week prior to the Flufftail Festival. In addition, national awareness was raised for water, wetland and waterbird conservation through the circulation of five media releases on water, wetland and waterbird conservation, two television and nine radio interviews.

Social media updates were posted on the respective business Twitter and Facebook pages throughout the duration of the Festival. The messages that were posted by Eskom and BirdLife South Africa reached total impressions of 534 574 social media users. Social media users who went to the festival at Cresta Shopping Centre expressed appreciation for the informative maze and the educational messages posted on both Twitter and Facebook. 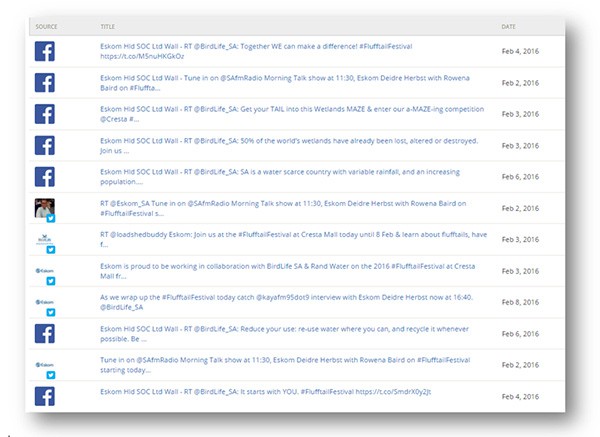 ​Five media releases were distributed during the Flufftail Festival:

3.Protect our wetlands. Save the Flufftail!; 5 February 2016

5.Increasing threats to the survival of South Africa’s waterbirds; 6 February 2016 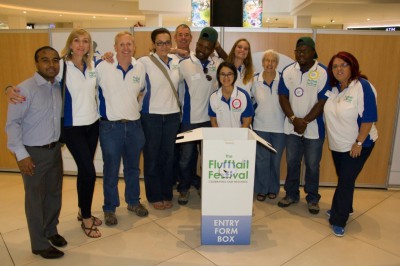 A dedicated core team of BirdLife South Africa, Rand Water and Eskom staff just before the draw of the lucky draw prizes. 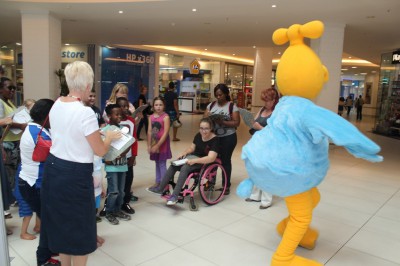 Our exhibition was also wheel-chair friendly and a group of disabled learners were able to visit the Flufftail Festival.

​ To continue to raise awareness for this important cause i.e. water, wetland and waterbird conservation, planning for The Flufftail Festival 2017 will start in April 2017.