​In early August 2015, BirdLife South Africa’s staff moved into Isdell House, our new head office in Dunkeld West, Johannesburg. For some time it had been our intention to move into more suitable headquarters. The previous office, Lewis House, in Randburg, no longer suited the organisation’s needs, mainly because of office space and parking constraints. In the medium term we undertook to source funding to purchase a new office in the greater Rosebank area. We required an office with business rights, sufficient office space, adequate parking, place for expansion, and close access to the Gautrain station and bus routes. A leafy area with the potential for attracting a diversity of garden birds was also desirable. The Lewis Foundation was happy with our proposal, including the suggested naming of the Lewis Boardroom at the new office.

The challenge, of course, was going to be to raise the required funding. The task seemed daunting, and we anticipated that it would take several years. Enter Pamela and Neville Isdell. This very special couple, both passionate conservationists, had previously lived in southern Africa, specifically Zambia and South Africa, and after some initial interactions they kindly offered to make our dream a reality.

The search for a new home base then began, and we viewed more than 70 possible properties. After a few months we made an offer to purchase 17 Hume Road, a large property on the corner of Hume Road and Jan Smuts Drive in Dunkeld West, a prime location in Johannesburg. The rest, as they say, is history.

Vernon Head, our past Chairman, assisted with the architectural plans, and Andy Featherstone, Chairman of Wits Bird Club and an experienced quantity surveyor, kindly agreed to be project manager. The renovation and construction was put out to tender, a contractor was appointed, and the work started in earnest in late January 2015. Over the next few months we watched what was initially described as a ‘very ugly building’ metamorphose into a beautiful structure.

We have done all we can to ensure that the office is as green as possible, which is not easy when retrofitting a 70-year-old building. We have installed dual-flush toilets, energy-saving lights, a heat pump on the geyser, insulation in the ceilings, and a rainwater harvesting system. Solar panels will come with time.

We are developing a massive indigenous, water-wise and bird-friendly garden, with the plants grouped into habitat types to emulate some of South Africa’s biomes. Owl nest boxes, barbet nesting logs and two ponds with a stream and waterfall have been installed to attract birds.

Significantly, the purchase and renovation of Isdell House was sponsored by a number of generous donors and the only financial contribution from BirdLife South Africa was a relatively small cash injection as well as, quite reasonably, the proceeds from the sale of our existing property. Furthermore, it was the donors’ specific request that their funding be used for this purpose, so no conservation funding was used for the project.

Isdell House is owned by the BirdLife National Trust and rented for a nominal amount by BirdLife South Africa. It is anticipated that, with time, the value of this property will appreciate significantly. Isdell House will serve our needs for many decades to come and be a very suitable base from which the organisation will conduct its important bird conservation work in South Africa. 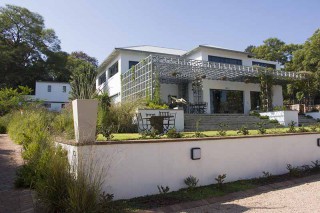 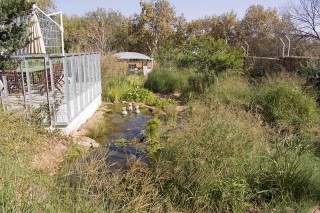 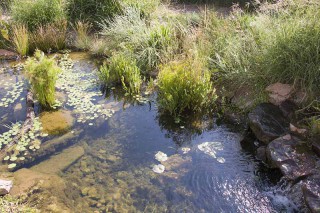 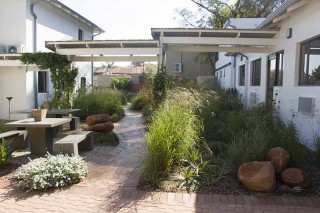 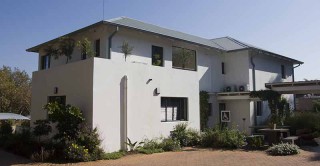