Meet the team and see the work that we do in this 4 min clip.

The work of the Albatross Task Force is to reduce seabird deaths due to interactions with fishing gear. Mitigating and ultimately preventing this accidental bycatch is our goal! In South Africa the ATF has had huge success in the implementation of mitigation measures and policy changes. Our success would however be but a drop in the sea were it not for the work of other similar teams in Namibia, South America and Europe which together champion for the protection of the millions of seabirds that roam our oceans.

The South African ATF team works directly with fishermen to understand the realities and challenges at sea, thereby creating opportunities for the exchange of knowledge.

We work primarily with three fleets in our local waters: the deep-sea hake trawl fishery, the large pelagic longline fishery (made up of domestic and Joint-Venture fleets), and the demersal hake longline fleet.

The main work of the ATF instructors is done at sea where we join fishing trips to collect seabird abundance and interaction data as well as conduct experiments.

Our goal is to find and help implement win-win solutions to the problem of seabird bycatch. Fishermen don’t want to see a dead albatross on the hook (longline) or a drowned petrel taken by a net cable (trawl). By putting our heads together we are working towards creating a safe environment for these magnificent birds.

By trialling different mitigation measures at sea and improving them we achieve win-win practical solutions that fishermen can easily implement during their operations.

In 2022, we are initiating trials with the new mini-Hookpod. This clever device has will prevent seabird bycatch in the longline fisheries.

A long-awaited project funded by the MSC – Ocean Stewardship Fund for 2021/22 we are developing bespoke mitigation measures for the Inshore trawl fleet.

The Imvelo Bird-scaring Line compliance device trials were carried out in 2021 with funding from ACAP and in collaboration with Imvelo Blue Environmental Consultancy.

Albatross deaths down by 99% in local trawl fishery!

ATF South Africa has been highly successful in achieving a remarkable reduction in seabird bycatch in the demersal trawl fishery through the introduction of:

In 2008 it was estimated that 18 000 birds were dying in this industry each year. In April 2014 Albatross mortalities were reduced by 99%! The fishery has Marine Stewardship Council certification which sets a standard for sustainable fishing, this was an important factor in ensuring this fantastic outcome. Read more here…

Seabird bycatch down by 85% in the pelagic longline Joint-Venture fleet!

This fleet uses a much lighter gear to target tuna and was causing a significant seabird bycatch problem. The ATF was involved in implementing new permit conditions, which placed a seabird bycatch precautionary catch limit or ‘cap’ on each vessel. Leading to estimated 85% seabird bycatch decrease in 2008 compared to 2007 and this has been sustained to date!

Other measures in place in this fishery are night setting, the use of bird scaring lines and additional weight to the fishing line and 100% observer coverage. 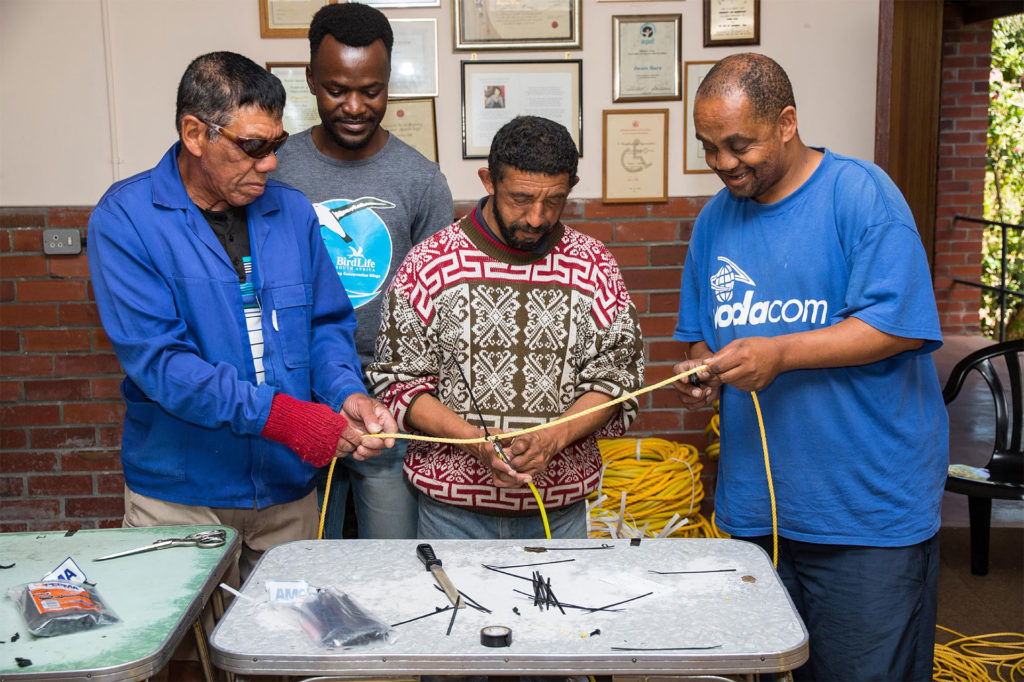 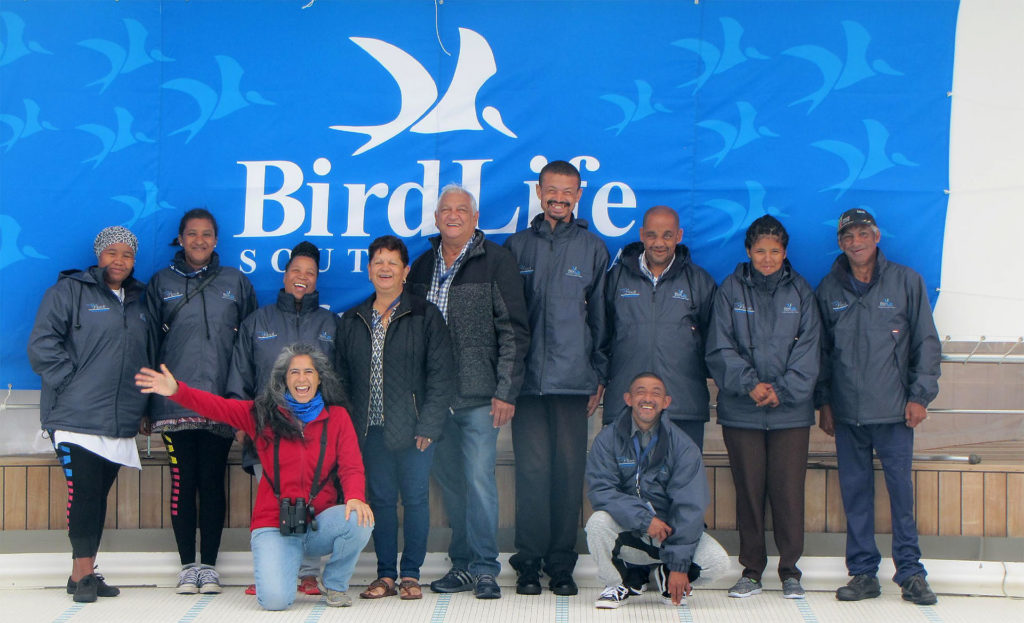 ACAP has produced a series of Seabird Bycatch Mitigation Factsheets which describe the range of potential mitigation measures available to reduce seabird bycatch in longline and trawl fisheries. The sheets assess the effectiveness of each measure, highlight their limitations and strengths, and make best practice recommendations for their effective adoption. They are designed to help decision-makers choose the most appropriate measures for their longline and trawl fisheries.

The ATF team’s successes could not be achieved without the following sponsors: Royal Society for the Protection of Birds, BirdLife International, Rand Merchant Bank, and Van de Venter Majapelo (VVM).