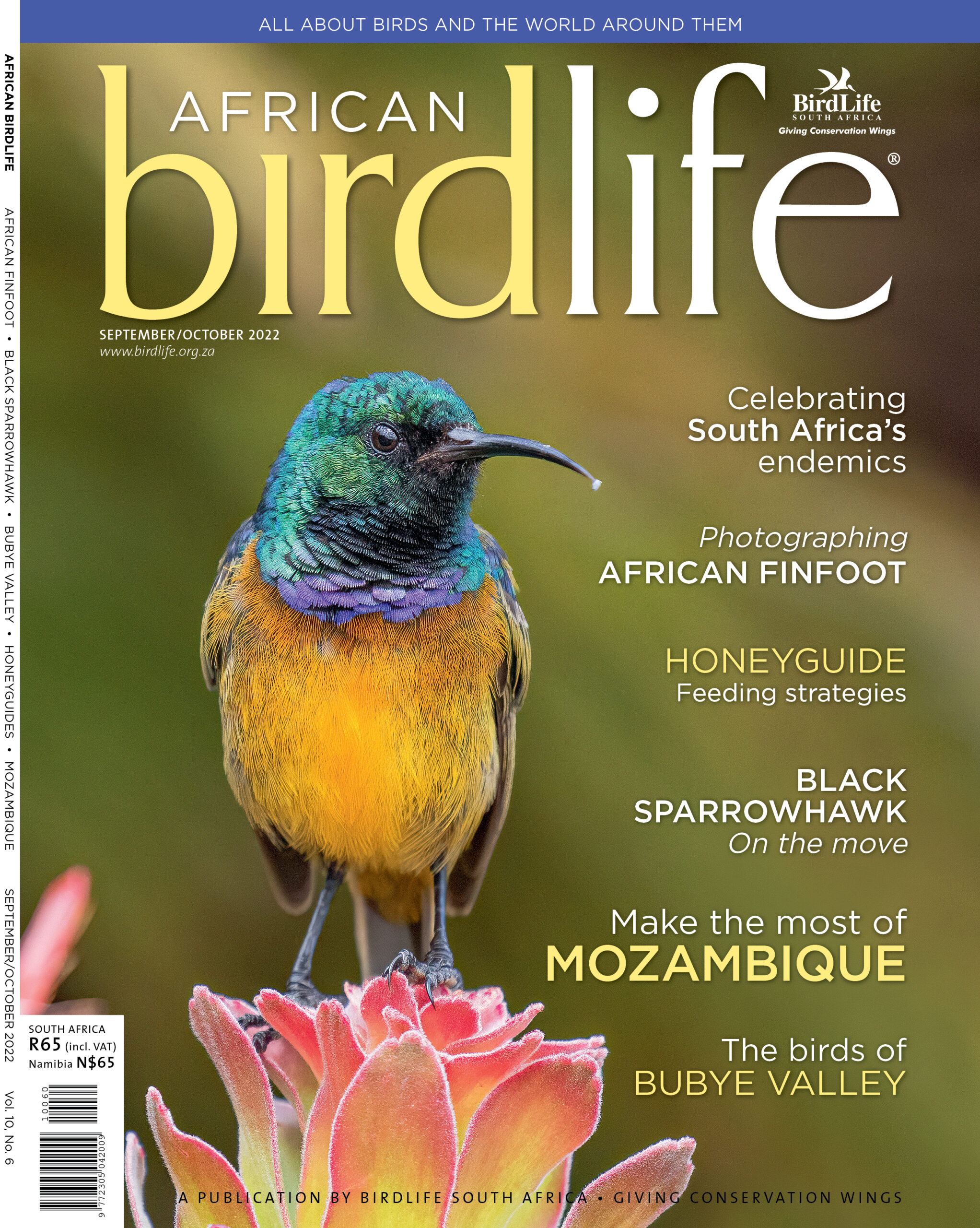 The standout feature in the latest issue is one on birding in Mozambique, written by Peter Ryan and Etienne Marais. They explore many of the best birding hotspots in that country, highlight the plethora of its mouthwatering species and encourage readers to visit South Africa’s northern neighbour and possibly find new species.

Wesley Gush also takes us travelling to the north, sharing the delights of the time he spent in the miombo woodlands of the Bubye Valley Conservancy in Zimbabwe.

Citizen science articles play a part in the issue too. Evidence shows that the adaptable Black Sparrowhawk is expanding its range to the west of the country, and there are intriguing observations of honeyguide feeding behaviour. Garret Skead describes how atlasing his home patch of the Cape Town City Bowl is both challenging and rewarding.

As always, there’s some great photography. Thinus van Staden showcases how he went ‘undercover’ with his camera while trailing the secretive African Finfoot, and Peter Ryan field tests the new Canon R3 camera and achieves some remarkable images.

A hungry African wild cat launches a series of acrobatic lunges at birds attempting to drink at an Etosha waterhole, underlining how birds have to be perpetually on the alert for danger.

And it’s that time of year again ‒ order your 2023 calendar while stocks last!