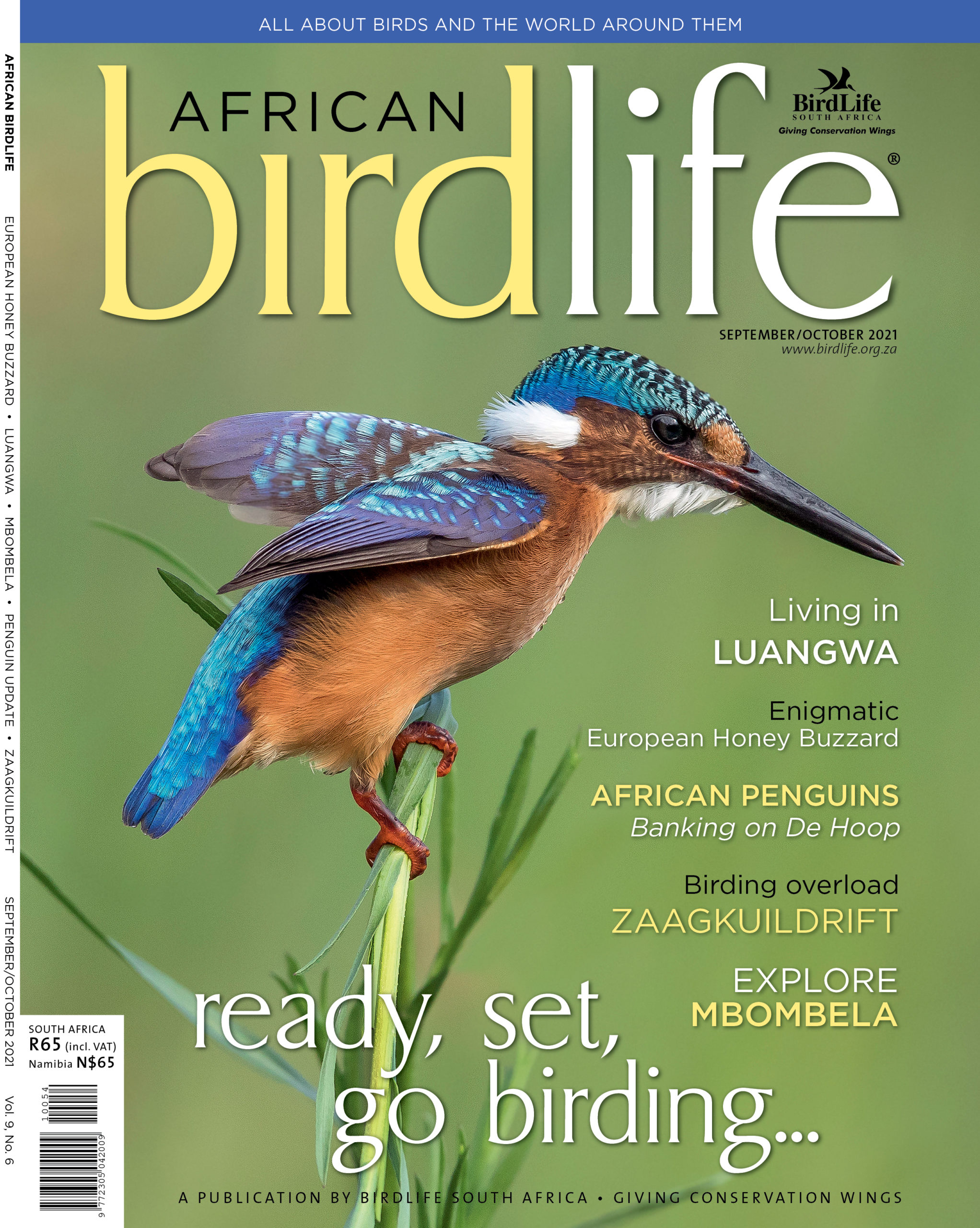 Subscribe to African Birdlife and you could win a bush getaway for two at the fabulous Shamwari Private Game Reserve in the Eastern Cape.

Peter Steyn reflects on the increased number of sightings of European Honey Buzzards in the subregion and on the species’ diet.

Offering a plethora of sought-after and seldom-seen species, the Zaagkuildrift to Kgomo-Kgomo route provides some first-class roadside birding just beyond Gauteng.

The small town of Mbombela in Mpumalanga is home to an enviable array of bird species – about 350 species have been recorded there. It also boasts some attractive birding venues in and around the town, as Leon Marais reports.

Zambia’s South Luangwa National Park is well known in safari circles for its stunning scenery and proliferation of big game. But, as park resident Edward Selfe describes, the Luangwa Valley’s birdlife more than matches up to the mammal headliners, being abundant in both number and diversity and offering year-round interest.