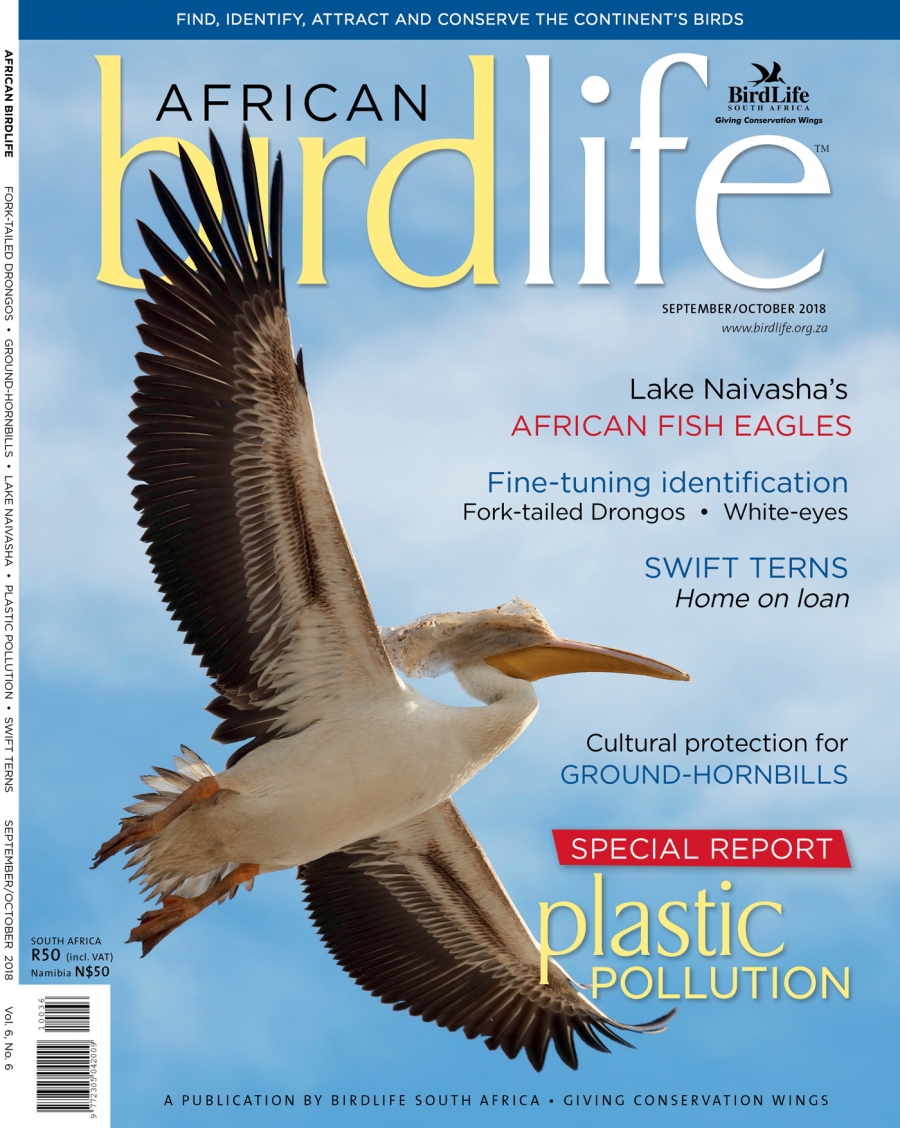 SPECIAL REPORT
What a waste
Plastic pollution update
Plastics have become essential to virtually all aspects of modern society. But this comes at a huge
environmental cost as massive volumes of waste plastic end up in wetlands and the sea, where they
have a host of impacts. Peter Ryan explains.

HOME ON LOAN
Swift Tern colonies usually occur on offshore islands, but in 2018 one of the largest colonies was on
a building in Cape Town’s V&A Waterfront.

Splitting the difference
Fork-tailed Drongo
Recent research suggests that one of the three subspecies of Fork-tailed Drongo occurring in
southern Africa should be considered a separate species.

Fired up
A year after a fire devastated residential areas of Knysna, a homeowner is reaping the rewards of
regenerating his garden with indigenous plants.

Photo Finish
A Black Crake dashes out into the open while photographer Richard du Toit waits for a somnolent
elephant to stir.