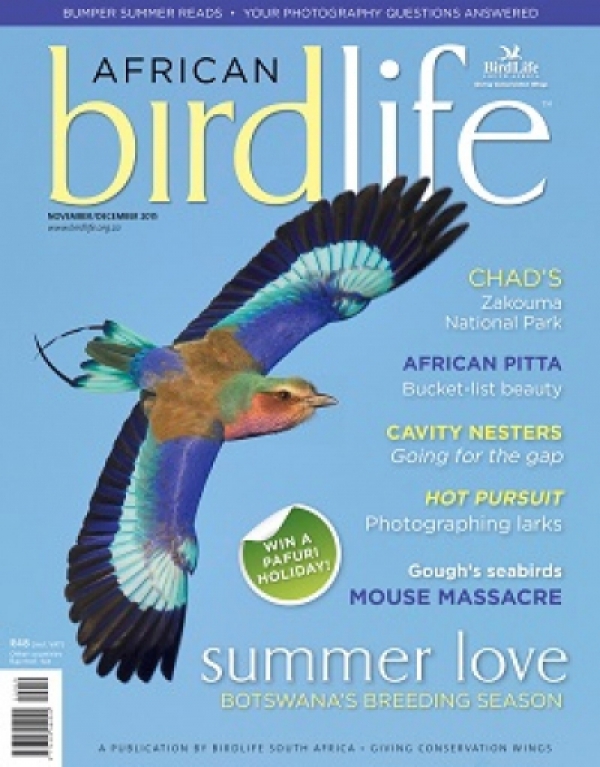 Warwick Tarboton shares his experiences of tracking down one of his bucket-list species. It’s never as easy as it first seems!

Trish and Graham McGill set off on a mission to find and photograph some of southern Africa’s most elusive larks. It was a journey of extremes…

Mark Muller has lived in Maun, Botswana for more than 40 years, and during that time he has photographed a wealth of bird species breeding on the ephemeral pans near his house.

Introduced house mice eat around one million seabird eggs and chicks on Gough Island each year, threatening the existence of several endemic species. But plans are being developed to eradicate the mice in 2019.

Chad’s Zakouma National Park is a wilderness unlike any other on the continent and, after being off the map for almost 30 years, it is now beginning to open up to tourism.