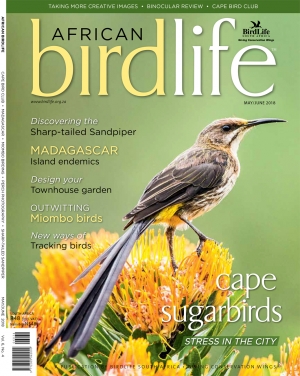 Out-birding the birds of the miombo

Leslie Reynolds leads birders through the miombo in search of mixed-species parties and divulges how to outsmart wily skulkers.

Madagascar’s birds
Rated as one of 12 mega-diversity hotspot countries in the world, Madagascar exudes an atmosphere distinctly its own. And, of course, it has an abundance of endemic species.

The second oldest bird club in the country looks back on the 70 years of its existence and shares its plans to encourage new birders.