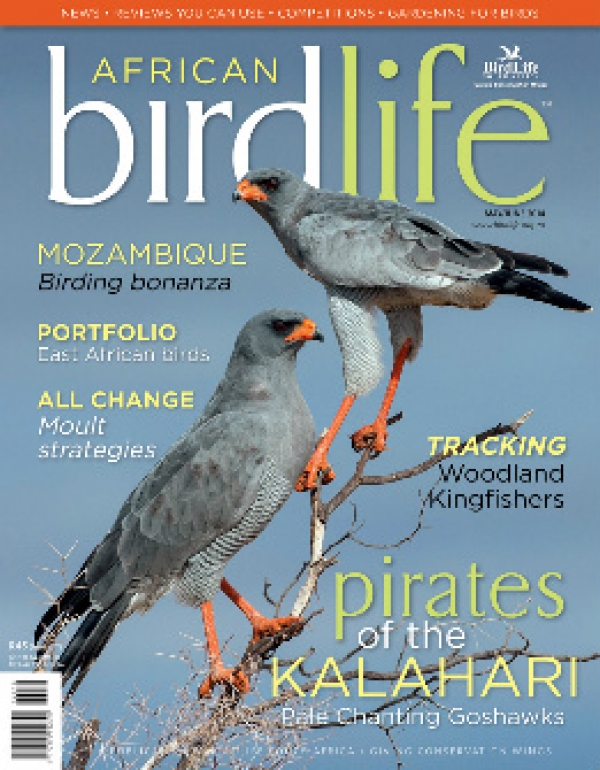 Getting to know Peter Ryan

Well-known ornithologist Professor Peter Ryan was recently appointed Director of the Percy FitzPatrick Institute. We get to know a bit more about his vision for the organisation.

Wildlife tour guide and photographer Albie Venter spends much of his year travelling in East Africa. Here he shares some of his favourite images of birds from that region.

An intra-African breeding summer migrant, the Woodland Kingfisher is present in the subregion for only five months of the year. In a bid to discover where birds go on their northern migration, researchers have begun a tracking programme, and the results are intriguing. Warwick Tarboton explains.

Two Pale Chanting Goshawks leave a Verreaux’s Eagle-Owl in no doubt as to who is in charge. Chris van Rooyen captured the action.

Mozambique is generally considered a beach-holiday destination but it has a great deal more to offer, and for birders it is one of the last unexplored frontiers in southern Africa. Peter Chadwick went exploring and added more than a few new species to his list.