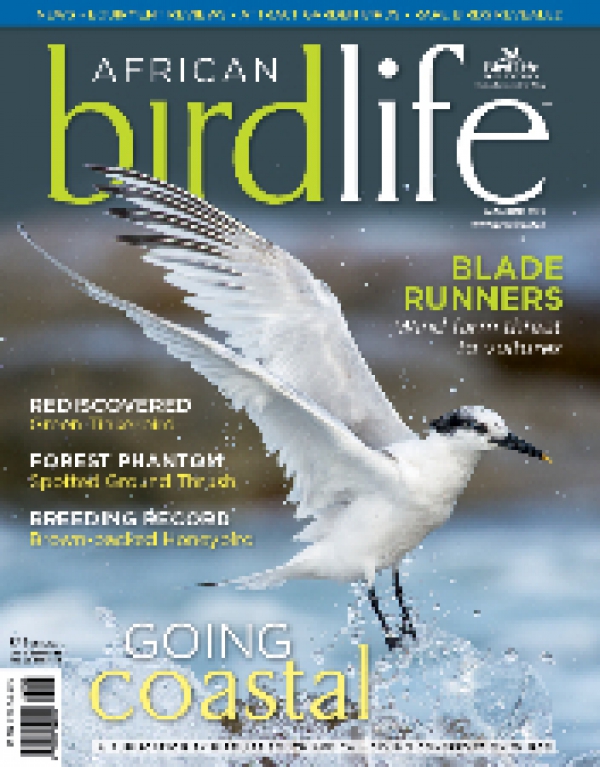 TOOLS OF THE TRADE

The search for Eastern Green Tinkerbird in southern Mozambique.

In one of the seemingly most unlikely rediscoveries in recent years, Greg Davies and Hugh Chittenden tracked down the first Eastern Green Tinkerbirds to be seen in southern Africa in 55 years.

A portfolio of award-winning wildlife photographer Peter Chadwick’s images capture birds in action along the coasts and shores of the Cape.

An ill wind blows over the roof of Africa.
The impact of wind farms on birds has been a much debated bone of contention between proponents of wind-energy projects and bird conservationists in all parts of the world where wind turbines have become a feature of the landscape. Local conservationists are gravely concerned about two new wind farms proposed for the Lesotho Highlands .