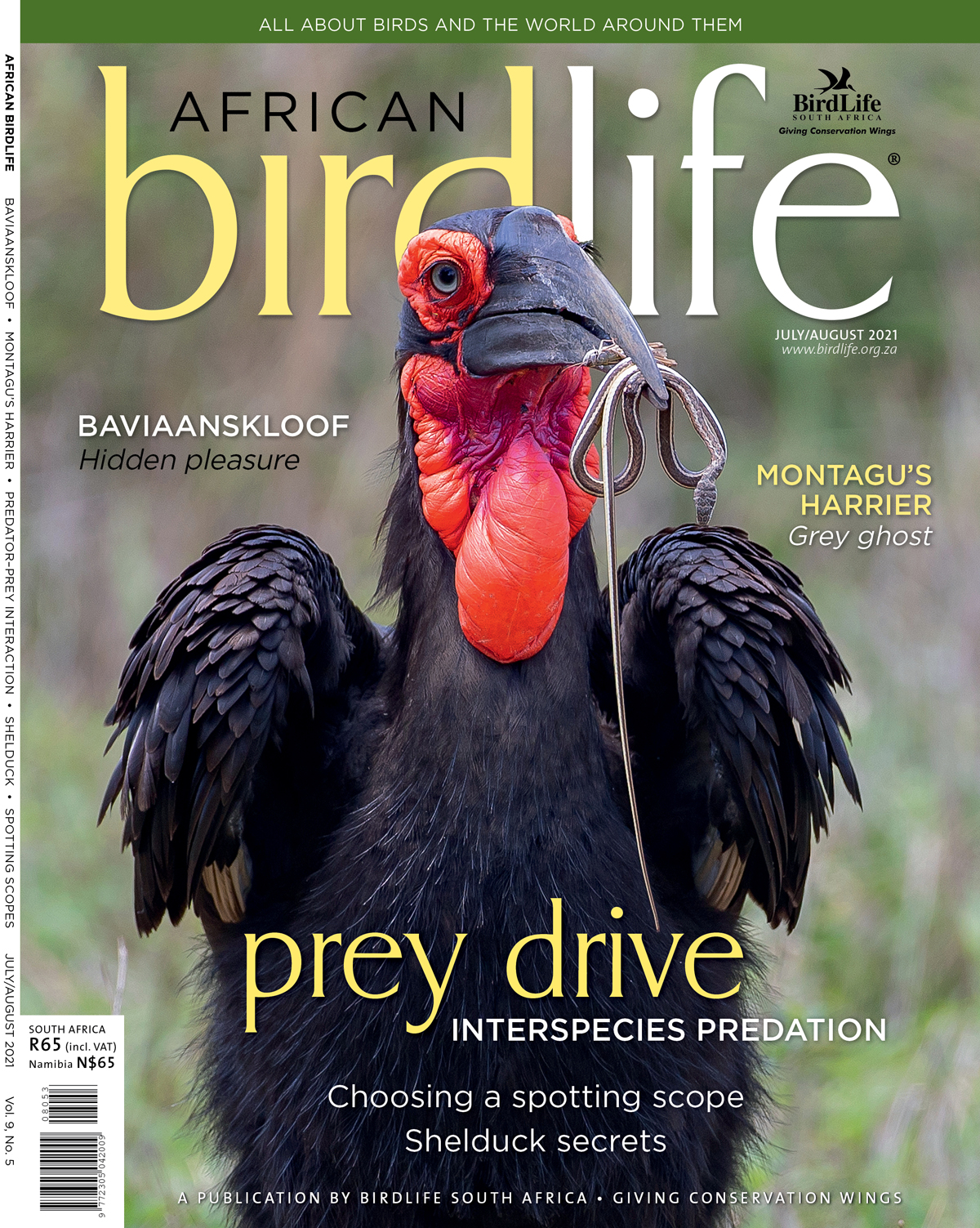 The quest for ascendancy on the predatory ladder is an ongoing cycle in the natural world. It’s often a case of eat or be eaten as the protagonists may play the roles of both prey and predator.

This corner of the Eastern Cape is tucked away and not really on the way to anywhere. But the diversity of bird species that it holds is surprising, as Mick Buckham discovered when he went exploring.

The legendary Peter Steyn has been birding, photographing and writing about birds for almost seven decades. During this time he has also influenced and mentored many people and inculcated his love of birds in them.

Portfolio: Home and away

During lockdown, Albie Venter made the best use of his time at home, capturing images of the birds in his garden and revisiting the photographs he had previously taken on his travels.

David Allan unwraps some of the secrets that surround the intriguing South African Shelduck.

Choosing a spotting scope might seem like a daunting prospect. Martin Benadie highlights some of the key points to consider before you make that investment purchase.

A bumper contribution of readers’ observations of the birdlife in and around their gardens.

Size counts when a mêlée of seabirds scrums down behind a trawler to snatch the best pickings on offer.