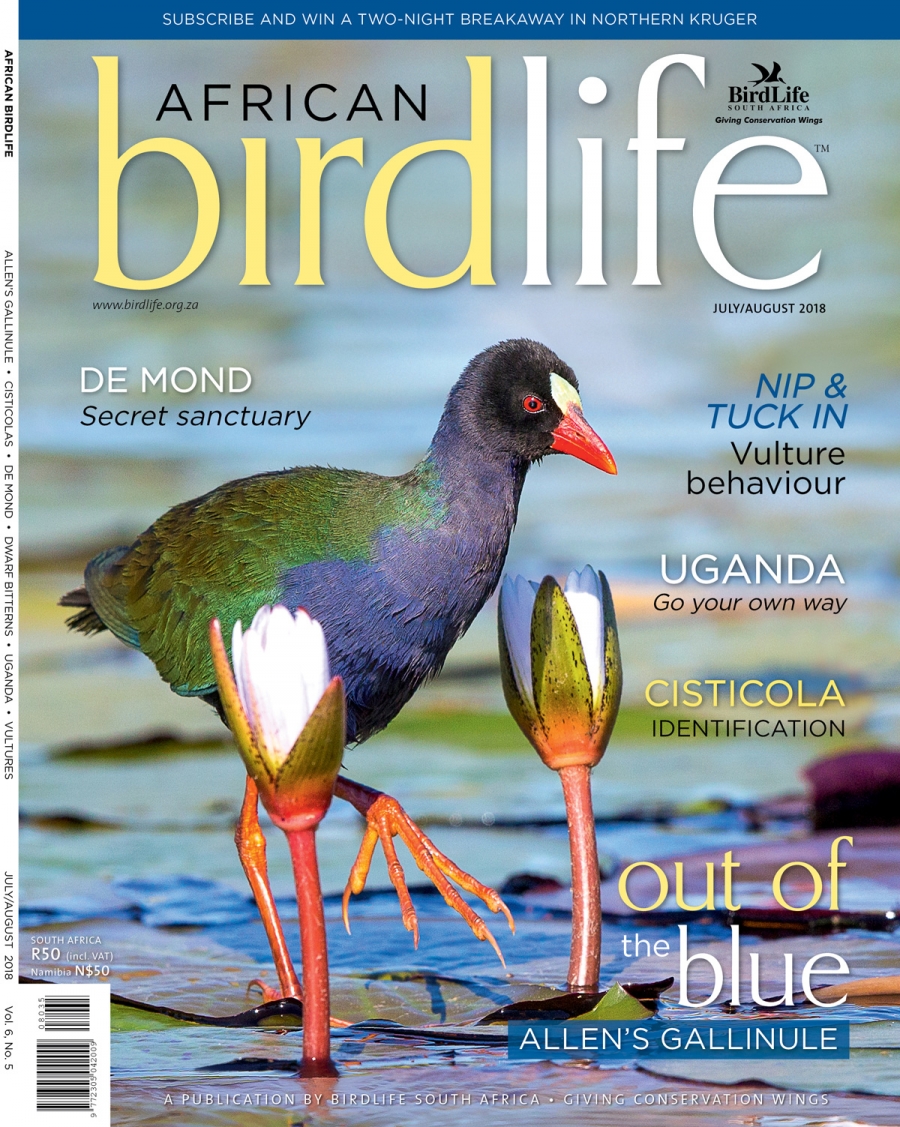 Mark Muller spent an idyllic morning floating among and photographing Allen’s Gallinules on the Thamalakane River, near Maun.

Rather reluctantly, Andrew Jenkins shares his exhilarating experiences of the birding bounty at the De Mond Nature Reserve, one of the best-kept secrets in the Western Cape.

No risk, no reward

Grant Atkinson looks at the interaction between various vulture species and big cats, wild dogs and hyaenas at carcasses. It is less random than it may first appear…

Hugh Chittenden fine-tunes the identification of Pale-crowned, Wing-snapping, Zitting, Desert and Cloud cisticolas to help you separate these notoriously difficult-to-distinguish species in the field.

Highs from the low season

Having long had a dream of exploring Uganda, Hendi and Ehren Eksteen finally made it come true in 2017, travelling in November to take advantage of low-season rates. By also renting a 4×4 vehicle and driving themselves, they were able to do the trip for a reasonable price.

Analysing the importance of nectar-producing plants versus sugar-water feeders for birds in suburban gardens in fynbos habitats.