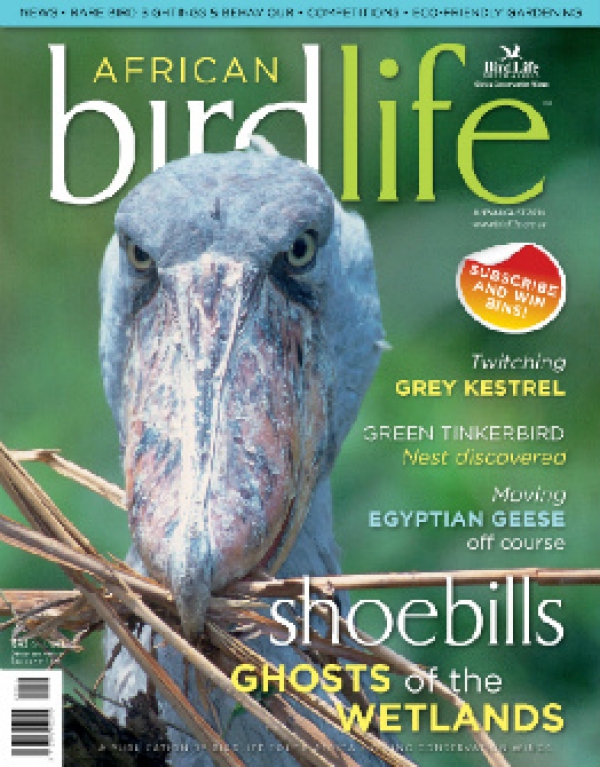 Shoebills Grey ghosts of the wetlands

Ralf Mullers lived in Zambia’s Bangweulu Wetlands for two years, studying the enigmatic and somewhat bizarre Shoebill. Numbers of the species seem to be dwindling, and researchers were tasked with gathering data and devising a management plan for the bird. But as they discovered, studying the Shoebill proved easier said than done.

For Egyptian Geese, the proliferation of golf courses in South Africa is a dream come true as these provide ideal habitat. Course managers and club members view the birds’ invasion in a somewhat less positive light.

A group of birders headed to northern Namibia with the goal of seeing the elusive Grey Kestrel. They were rewarded with far more than they had hoped for.

During a birding trip into southern Mozambique, 12 birders enjoyed extended views of a Green Tinkerbird at its nest site. As no nest of this species had previously been described, this was a significant observation.