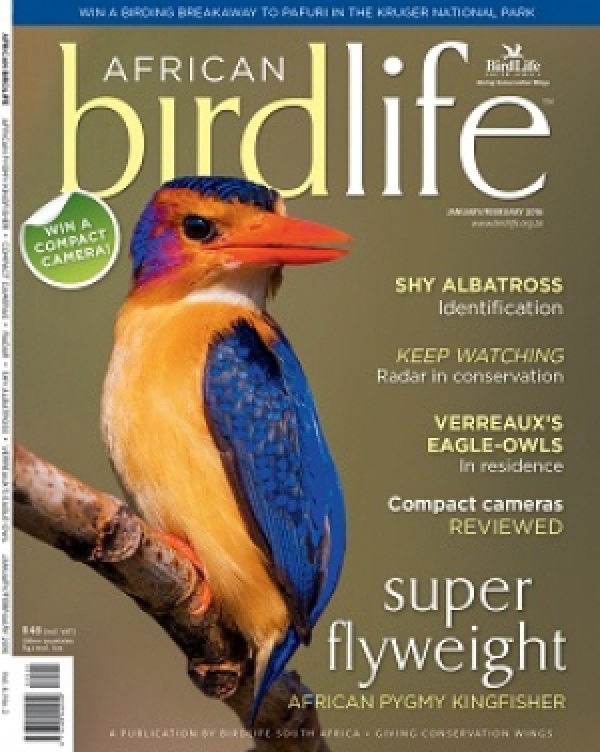 Peter Ryan field tests and reviews some of the latest compact, high-magnification cameras and discovers that they offer birders a versatile, good-value option for their photographic needs.

Flying under the radar

Radar technology has proved its usefulness in many spheres over the past 60 years. Its use in bird conservation, though, has yet to be fully exploited.

For the past eight years Gerrit Lotz has been studying and photographing the tiny African Pygmy Kingfisher, an intra-African migrant which breeds near his home in KwaZulu-Natal.

Bob Flood and Peter Ryan look at Shy Albatrosses and describe how the species can be aged up to five or six years old based on a combination of primary moult and wear, plumage and bill colour.

Over the years Verreaux’s Eagle-Owls have visited Mark Muller’s garden in Maun, Botswana. He shares his observations of the interactions between this, Africa’s largest owl, and the Hamerkops that nest and breed in the garden.