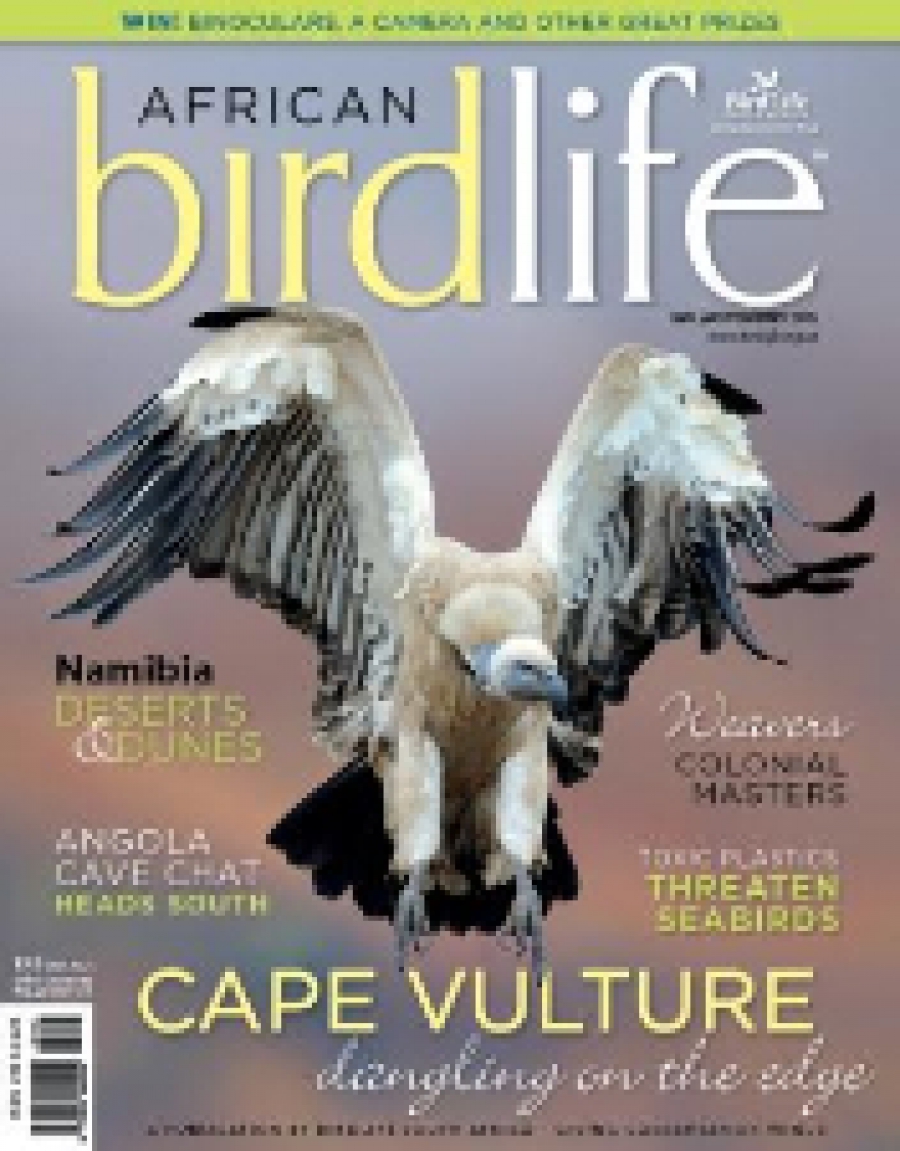 For self-drive birders in southern Africa, Namibia is a country that invariably draws them back time and time again – and with good reason. It’s easy to travel in, it has diverse landscapes and habitats, and its endemic bird list is impressive too.

Angola Cave Chat: New species for Namibia
The Angola Cave Chat, previously thought to be endemic to Angola, has been discovered in the Kunene region of north-western Namibia.

Arno Ellmer captures the repeated attempts of an immature Pale Chanting Goshawk as it endeavours to ambush sandgrouse at a waterhole in the Kgalagadi Transfrontier Park.

A larger than life-size illustrated map by one of southern Africa’s earliest ornithologists, François le Vaillant, goes on exhibition in Cape Town, the first time that it has ever been revealed to the public.

Oceans of plastic threaten seabirds
Peter Ryan evaluates the extent of plastic pollution at sea, and the alarming effects that this can have on coastal and pelagic birds.

The Colonial Masters
Peter Steyn explains how, amid the apparent chaos at a weaver colony, a variety