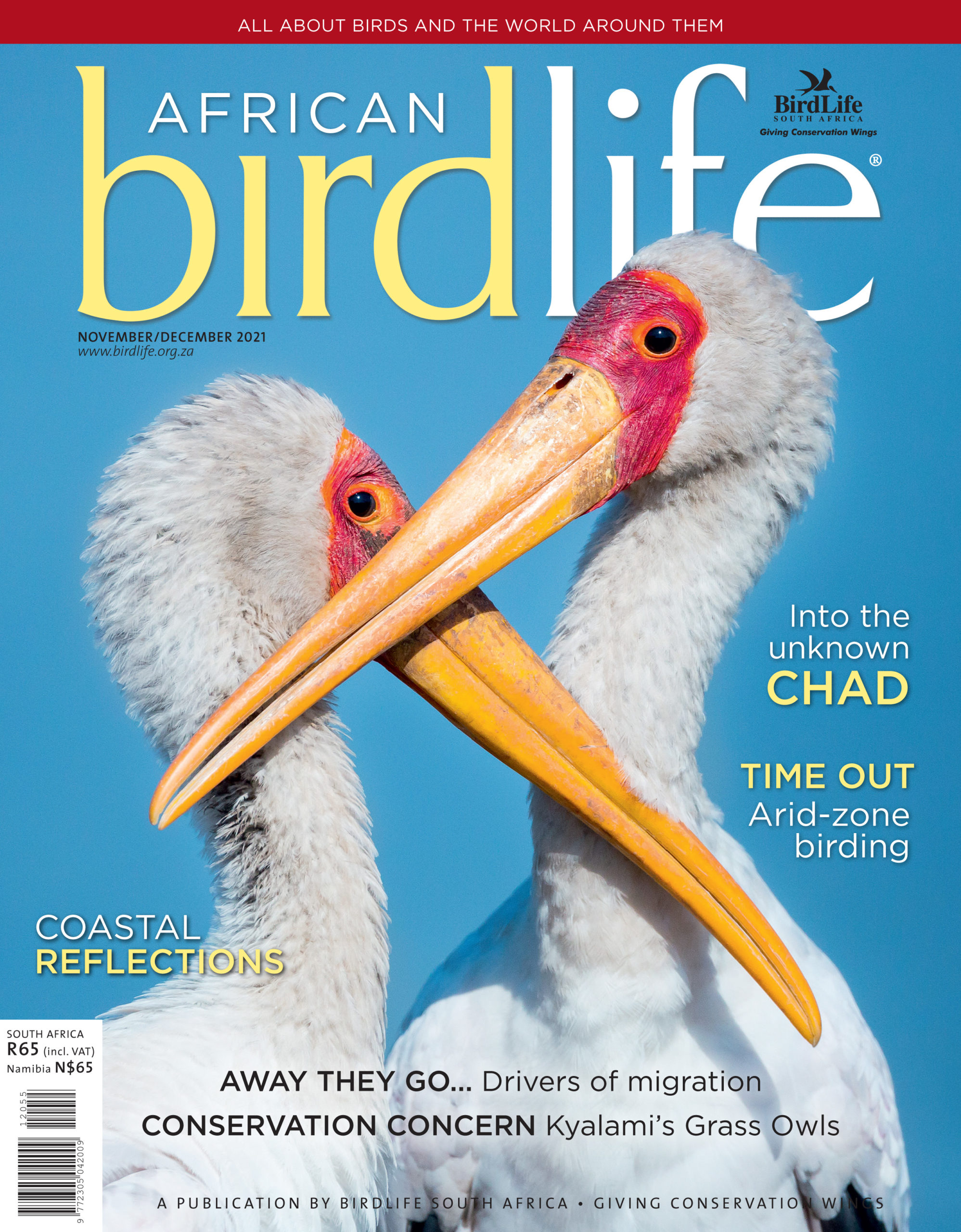 The FitzPatrick Report
The Gough Island Restoration Programme to rid the island of the invasive house mice decimating the seabird population is an ambitious and far-reaching project.

SABAP
The millions of records collated by SABAP2 have enabled detailed distribution maps to be built, allowing researchers to better understand birds and their movements. Interestingly, the data can also be used to monitor bird migration patterns.

Stay or go?
Migration as an evolutionary driver
While almost one fifth of all birds undertake regular movements, usually tied to seasonal cycles, such large-scale movements also incur risks. The balance between these costs and benefits determines who stays and who migrates. Recent studies suggest that migration also promotes speciation.

View from a hide
In a bid to escape the confines of the Covid lockdown, Mitch Reardon headed to a reserve in the Northern Cape where he could soak up the surprisingly diverse variety of arid-zone birds.

Portfolio: Coastal reflections
Andrew Jenkins invested time and patience in compiling an evocative collection of seabird images taken on the Cape Peninsula shoreline. The results speak for themselves.

Birds of the oases and desert in Chad
African Parks recently sent an expedition into north-eastern Chad to conduct the first ornithological census of the Ennedi Natural and Cultural Reserve. A 10-day adventure into the middle of the desert, the survey resulted in the first bird list for this area: 189 species.

Kyalami’s Grass Owls
The Greater Kyalami Conservancy in Gauteng has its work cut out as it endeavours to protect the Vulnerable African Grass Owl from a range of ongoing threats, both human and natural.

PLUS A review of the Celestron NexYZ Smartphone Adapter.