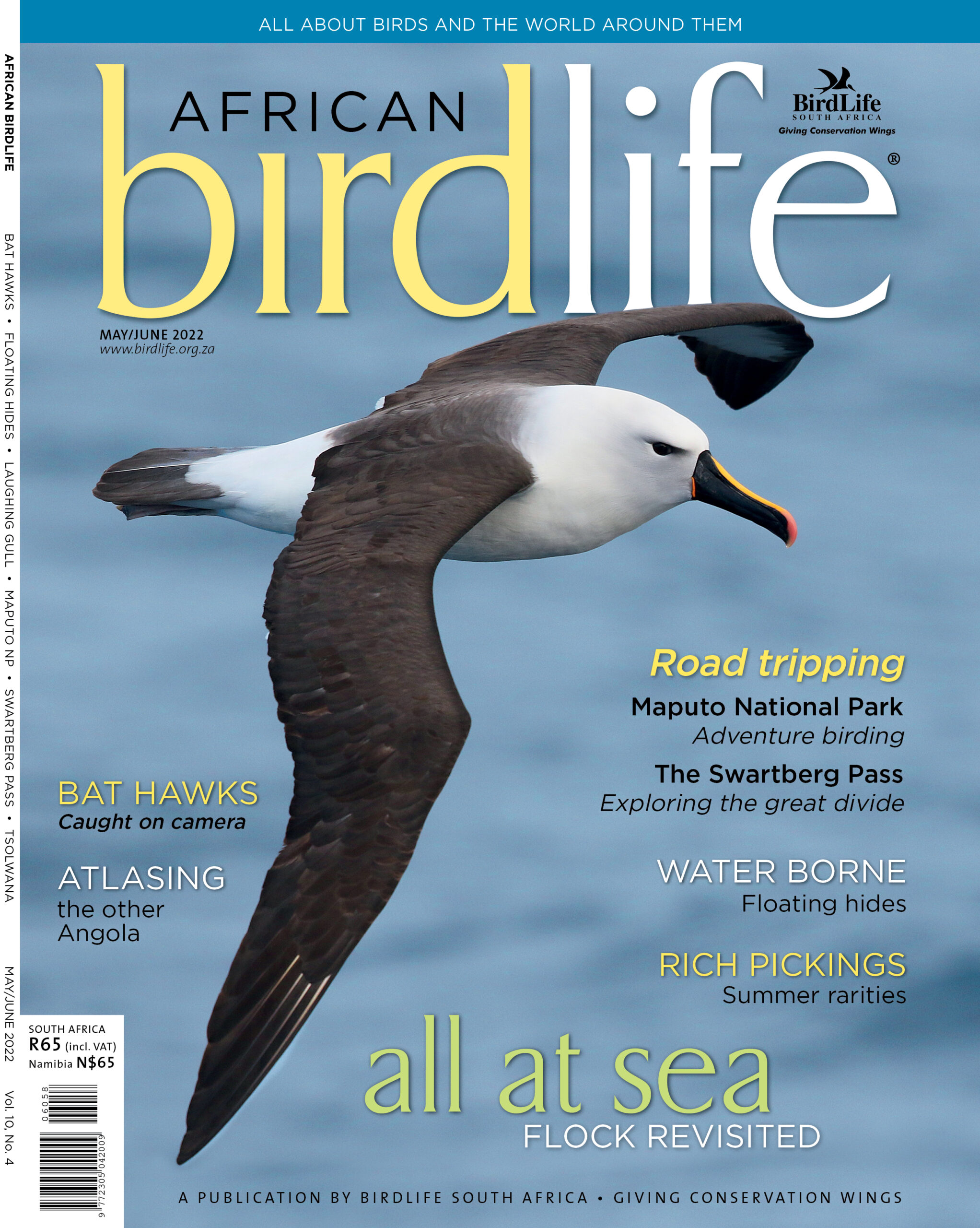 Flock to Marion 2022 was a memorable voyage, full of amazing seabird sightings aboard MSC Cruises Orchestra We’ve found images of some of the birding highlights to act as a memento — until the next cruise!

On the rarities front, the arrival of a vagrant Laughing Gull was the latest rarity to excite birders in the subregion. Don Reid, who initially found the bird, shares his experiences of the sighting and the twitch that followed. Also on the trail of the seldom seen, a group of dedicated birders in Mpumalanga are going to great lengths to find out more about the elusive and endangered Bat Hawk.

It’s time to travel. Richard du Toit explores the rugged Swartberg Pass in the Western Cape and shares some of the interesting diversity of bird species it encompasses, while Alan Lee discovered the little known town of Angola in the Eastern Cape. The fact that it was surrounded by pentads that lacked SABAP coverage made his visit more appealing. Venturing further afield, if you’ve got the camping gear, a 4×4 vehicle and an adventurous spirit, Mozambique’s Maputo National Park may be just the ticket.

For those interested in improving their photography, there’s something a bit different. During the pandemic, Thinus van Staden constructed a floating hide to enable him to take up-close images of waterbirds. Things didn’t quite go according to plan.